I recently visited a big cat sanctuary in Bridgeport, TX, the Center for Animal Research and Education, or C.A.R.E.  and got to see lots of tigers, lions, and, mountain lions!   I decided to try to help out a bit (the only way I can) by painting and selling art featuring thier cats and donating half the proceeds to them.  Here are the first two.  Both are 5x7 oil paintings and are currently listed at auction or 'buy it now' on ebay at www.KerryOriginals.com. 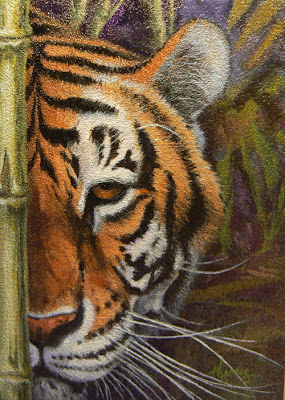 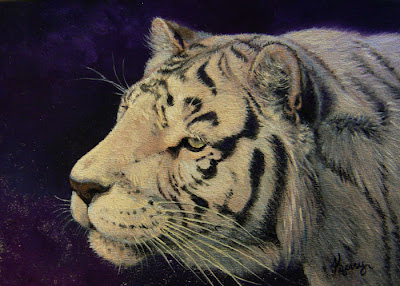 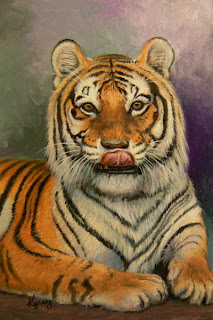 Posted by KerryOriginals at 8:47 PM 2 comments:

This one has been in the works for a long time!  Originally, it was done intended to be part of a mural project, which is why the original was painted as it was.  A year or two later, I decided the painting had enough going for it to try and turn it into a better painting...which meant it would have to be completely repainted.  The original composition was very cramped with all the figures touching or running off the edges of the panel, a fault that could not be fixed without starting all over from scratch with a larger board...but, I didn't want to start all over with it...just wanted to make it better with what I had.  My solution, was to glue a linen liner to the panel that would add 2" all around, and, then paint the liner as if it was part of the original painting, thus adding a little more breathing space around the composition.  See how it was done in this work-in-progress thread from Wet Canvas.

and here is the final painting; 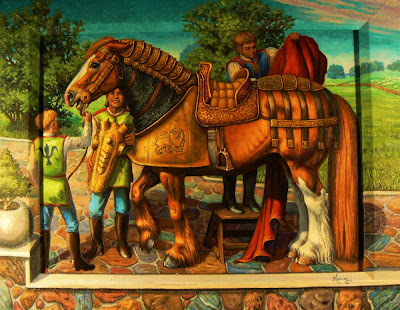 ...and some detail pics 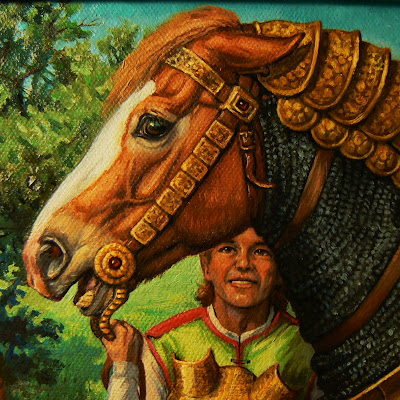 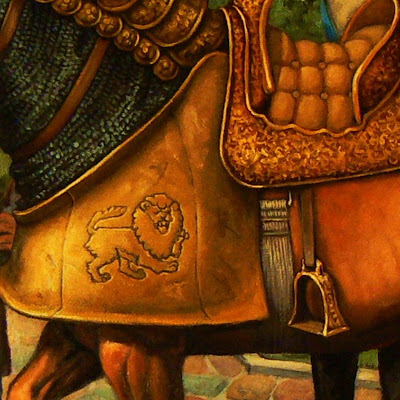 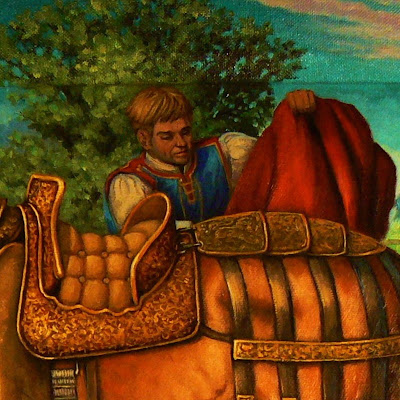 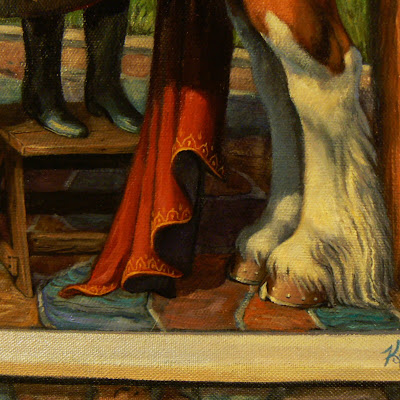 Posted by KerryOriginals at 5:27 AM 2 comments: 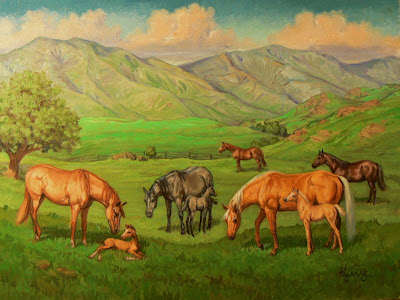 Posted by KerryOriginals at 4:53 AM No comments:

Here's a new 4x6 of some appaloosas!  Love those spotted butt horses! 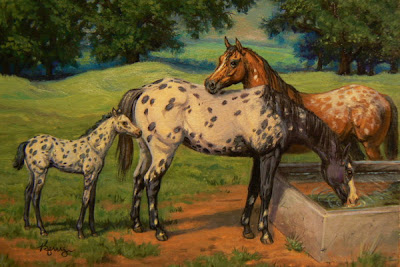 Posted by KerryOriginals at 4:50 PM 2 comments:

Getting started selling art  can be just as daunting a mystery for the expert artist as it is for the aspiring artist.  We artists tend to dive into learning our craft heart, soul, and body...willingly and with great pleasure and satisfaction.  We dream of being able to make a living off selling our art so that we can be totally and completely immersed in it.  Art consumes us and we can't get enough of it!   When it comes to selling that art, however, it is another matter entirely!  How much of what you create is still stacked in your closets, overflowing your walls, stuffed under beds, and, foisted off on friends and relatives?  If you are like many...many artists, myself included, there isn't room left for another single piece of art anywhere in the house, garage, attic, or, storeroom!  Selling it all would be wonderful, but, it seems to be so hard, in fact seemingly impossible, to sell even one little piece of artwork.

Art just doesn't sell itself, unfortunately, no matter how good it might be.  Nor do those lucrative commissions just fall in your lap.  If you have been trying to make money creating art, but, with no success, and, are becoming discouraged and frustrated, you are not alone!  I have had several crisis moments when the lack of success had me ready to just quit!  In fact, I actually did quit making art for 4 years because I was so demoralized that I couldn't sell it, couldn't even give it away!   (and, I really did try to give it away at the end of a very unsuccessful art festival...guy wouldn't take my best painting for free...just looked at me like I was insane and morally suspect, then walked away.  Hmmmm.  His loss!  I did sell that painting for a nice price some time later!)   I did finally start painting again, and once again, got to the point where I wanted to sell my work.  Again I faced the same problem...how to sell what I do.

How do I get those commissions and how do I sell my non-commissioned art?  I was focusing on selling online on ebay at this point and still, selling was eluding me.  My work seemed to be as good, if not better, than work I saw selling for respectable prices, so, why didn't my work sell?  Then I tried lowering my prices to compete with other artists selling work for ridiculously low prices, and, just got more and more frustrated as I still was not selling.  Then , with my prices incredibly low at auction, hoping the work would be bid up to reasonable prices, I did sell one or two!   There was no joy in these sales.  Actually I felt miserable because I sold good work that took me days to produce for less than a days wage!  That is no way to sell your labors of love!

Again, it all seemed so hopeless and unrewarding, and, I was beginning to feel I should just hang it up and not even try to sell my art.  I know many of you are going through this same thing, too, because I read your posts on art forums, blogs, and, facebook asking for help.  I'm no expert in selling art myself, as I still struggle daily with making money from my creations.  It just never comes easy for me, but, over the years, with help from many sources, I have learned some helpful tips on selling art that I would like to share here, hopefully to help anyone who is now struggling to get over that seemingly insurmountable hurdle to start selling thier art!

First off, Don't give up!   Getting started selling can be really tough. I know what you are going through because I was there, too.   For me, it helped to join an online art group that was dedicated to selling and self promotion. Other artists experienced in selling (this was for selling on ebay specifically but there are many such groups you could join for help or mentoring) helped me over those beginner hurdles and gave some very helpful tips and encouragement that got me going again.   Also, understand that art is NOT a neccessity for most people - even if it is for us artists!  When the economy is bad, art is very hard to sell, but, not impossible.   People love art, but, even when times are not so tough, most are not actively looking to buy art, so, we have to get out there and work at selling it.

These are some very general guidelines on selling art based on my own experiences.

To get commissions;
You need to get out and around the people you want to sell to. Go to horseshows, art festivals, ect. Set up a booth or just be seen sketching and painting in public areas...whatever it takes to get noticed by the people that will buy your art. Talk to them and ask about thier horse/kids/pets/ect and find what they are interested in. People will buy from YOU because they liked chatting with you and like your work, and...why not buy from you! When you find a topic of interest, ask them if you can paint/draw something for them.
Portraiture can pay well and keep you busy year around, but, you have to get out and talk to people, tell them you are an artist, show your work, act and look the professional, find out what they want/like, and...ask for the commission!
If you are not into commissions and just want to sell what ever you like to do, it is a bit harder, but, still works the same...show your work, talk to people...ask for the sale. When selling online, you still need to interact with your potential buyers by showing your work and telling about it in public forums, where your target clientel are, like FB, blogs, art forums, website, and, so on. Pimp your work in enough places on a regular basis and it will get seen and you will soon get a following of people who love your work...some of whom will want to buy it, too.

Some tips about pricing and selling.
*You need to set consistant prices on your work. If you have sold any work to date, use those sales as your basis to set consistant pricing for all your work. If you have not sold work yet, you can base your prices on what other artists that do similar work are selling for. There are many ways to set prices and it doesn't matter how you do it as long as it is consistant.
*Once you start selling, maintain your prices and don't lower your prices for special people or situations...this lowers the value of all your art, and, will upset your collectors when they see your work going cheap after they paid big bucks for it. What an art piece sells for in your studio should be the same when sold in a gallery, artshow, or, even to friends and family. Establish value to your art, by steadily increasing sales and prices...no lowering of prices (if you can possibly avoid it) and definately no yoyoing up and down.
* If you are selling well, you can increase your prices a little each year.
*Don't underprice your work. Never give it away or let it sell for less than a price you will be happy with.
*With art, the lowest price on the block does not usually translate into more sales. Trying to undercut the prices of other artists by selling your work for give-away prices can actually backfire on you. You may not make any sales because buyers perceive your work as amaturish, or, having something wrong with it...too cheap and you may not be able to give it away. Sometimes, raising prices can actually increase sales as some buyers won't even look at art if it is selling too low! (this is very true when selling on ebay)
* Selling art is not about the art! It is about the perception of the value of the art! People buy art because of its emotional value to them, or, intellectual value, or, even as an investment on your future greatness.
*Selling art for a price that is obvously too low, is obviously art that has no value. Pricing is a mind game...Show that your work is valuable and people will value it. Give it away, and, it will not be valued, or worse, will lose the value it already had.
*Don't give up on an artwork that just won't seem to sell. Just because it hasn't sold yet, doesn't mean it won't later. I've had work suddenly (seemingly) sell after languishing for months or even years. It seems just when I've about given up on them and start considering that big bonfire in the backyard, some angel art lover will buy it!

Don't give up!  Just re-evaluate what you have and what you are doing now. Make changes. Keep learning, and, keep trying! Good luck!
Posted by KerryOriginals at 2:08 PM 2 comments:

Here are some more newbies.  These are available for sale on ebay at www.KerryOriginals.com 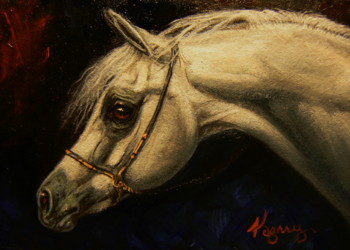 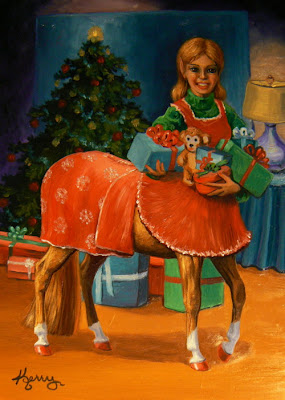 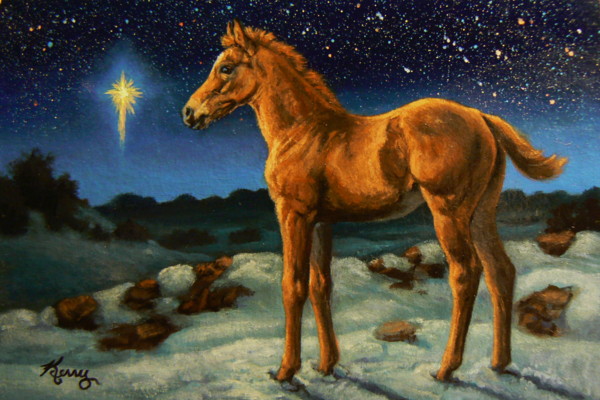 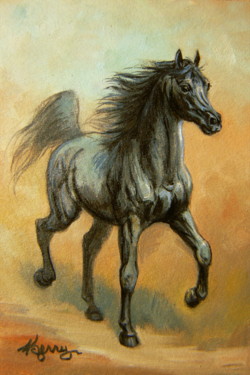 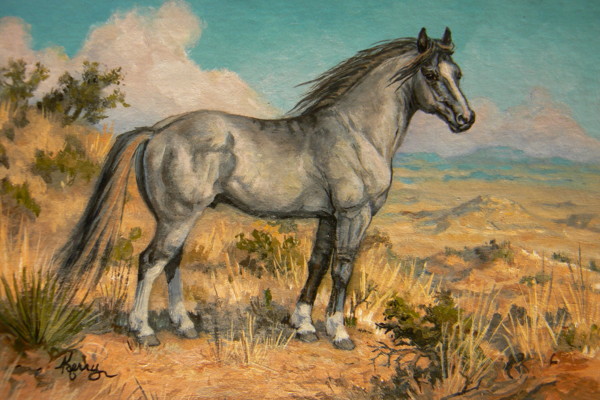 My Work on Fine Art America